Nicholas Samaras is an underwater photographer who made his first debut in the public world as a recognized photographer at the 2006 DAN EUROPE PHOTO CONTEST. He first dived in 1994 at Island Crete, an island of the mainland of Greece, and his inspiration for becoming a professional aquatic photographer continued growing tremendously during his few years in Greece. One of the photographs that I personally like is his Black & White photograph of a Sand Dollar, (located below). I like the repetition of the circular pattern that is presented; the animal itself is circular and the animal too has small circular bumps on its surface. I also like the fact that Nicholas Samaras decided to turn this image into a Black & White because it provides a sense of greater depth amongst all the small indentations and imperfections such as the star-shaped pattern that is centered on the roof of the animal’s hard casing. 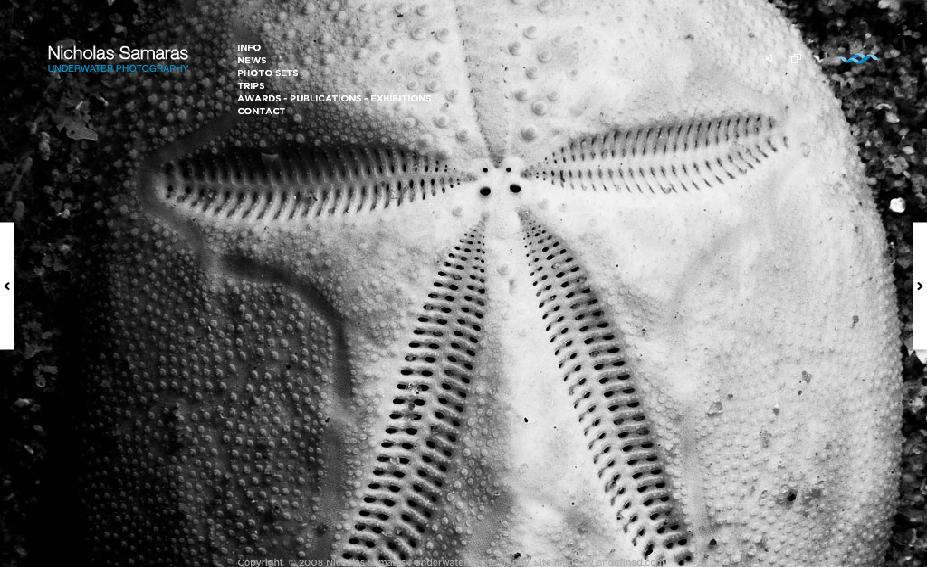 Another photograph that I found to be very interesting, by Nicholas Samaras, is his “The Cave” shot, (located below), which is one of twelve silhouette photographs he has published on his official website. I like that the photograph is split into two halves, the upper which is above the water and the lower which is submerged in the water, because it provides for good contrast and comparison.  The submerged scene is darker, creating a gloomier feel, and its clarity begins to fade as you move farther towards the entrance of the cave. In contrast, the above scene remains clear and is filled with light from the entrance of the cave. The contrast in color is also interesting, having the fertile green and blue come in contact with the more lifeless brown color presented on the upper half. 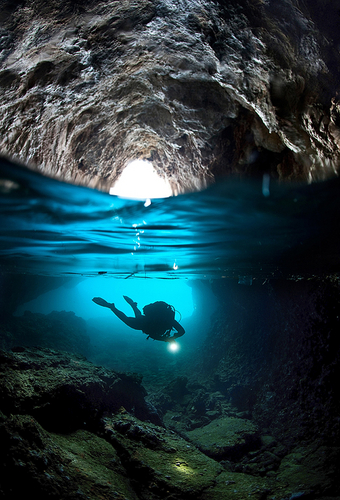